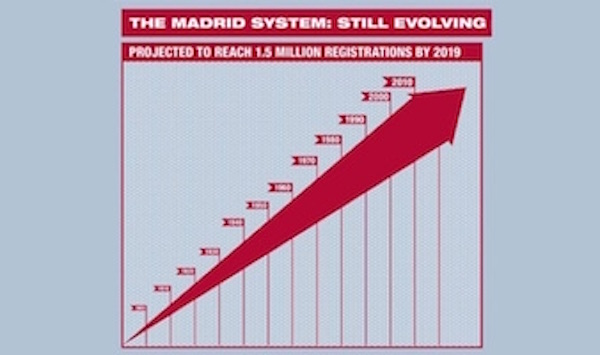 The Madrid system: 2016 marked the 125th anniversary and still evolving

On the first day of the conference, 21.10.21, sessions of the various ECTA committees were held: Advisory; Against abuse; Copyrights; Data protection; Design; Geographical indications; Synchronization; International trade; Internet; Right; Professional issues; Supervisory Board; Membership and discipline; Programs; Publications; WIPO and the Committee of Leaders. Previously scheduled meetings of business partners from the EU, candidate countries, as well as ECTA associate members from various non-EU countries were held in separate rooms of the Hilton Park Hotel. In the evening, the organizer organized a cocktail party for all participants, which was used to establish the first contacts "live" after almost two years of online communication.

The plenary session started on 22.10.21, at which Anette Rasumussen, ECTA President, Mladen Vukmir, Vice President, Andrea Scheichl and three local representatives, trademark and patent attorneys from the Sonn company spoke. Daren Dang, DG WIPO also addressed the conference via video link. Kamil Kiljanski from the European Commission and Andrea Di Carlo, Vice President, spoke at the IP News and Trends session, moderated by Carina Gommers. Director of the European Intellectual Property Office (EUIPO). At the session on brand ethics, goodwill and reputation, chaired by Carolin Kind, Prof. Dr. Giorgio Spedicato, from the University of Bologna, as well as Mojca Pesendorfer from Slovenia and Poonam Majithia, an intellectual property advisor from UEFA. The Conflict of Interest session was moderated by Lamberth Pechan and addressed by representatives from Germany, France, Italy and the United States. Representatives from the United States, Sweden and Spain spoke at the roundtable on customer acquisition and online networks, moderated by Lauren Somers. The session on wine stamps, marketing and geographical indications, especially important for the two Macedonian participants, led by Boris Osgnach from Italy, was addressed by Francis Fay, Head of the Geographical Indications Department of the European Commission, Carola Onken, Germany, Ivan Ćuk from Croatia and Maria Obermayer from Austria. The final part of the working day, which was related to the update of intellectual property cases in the European Union, moderated by Benjamin Fontaine, was addressed by Dimitris Botis, Director of Legal Affairs at EUIPO, Sven Stürmann, Chairman of the Second Court of Appeal and Accredited Mediator of EUIPO, Andrea Ringle, as well as Maria José Costeira, Judge of the EU General Court in Luxembourg. The gala dinner, at the same time a real opportunity for informal meetings and exchange of views on various issues between the participants was held at the Museum of Applied Arts of Austria, founded in 1863 by Emperor Franz Josef I.

During the conference, the Macedonian delegation had several meetings, but especially important were the meetings with ECTA President Anette Rasumussen, Vice Presidents Vukmir and Gommers, EUIPO Legal Director Dimitris Botis, Geographical Indications Moderator Osgnach and Professor Spedicato. But the most interesting was the meeting with Ms. Majithia (Magdia), Legal Advisor for Intellectual Property of UEFA, to whom we thanked for the proper procedure of this European football organization for the legally correct position regarding the jerseys of the Macedonian football players and the insignia of the country. (MK and MKD) during the last European Football Championship. 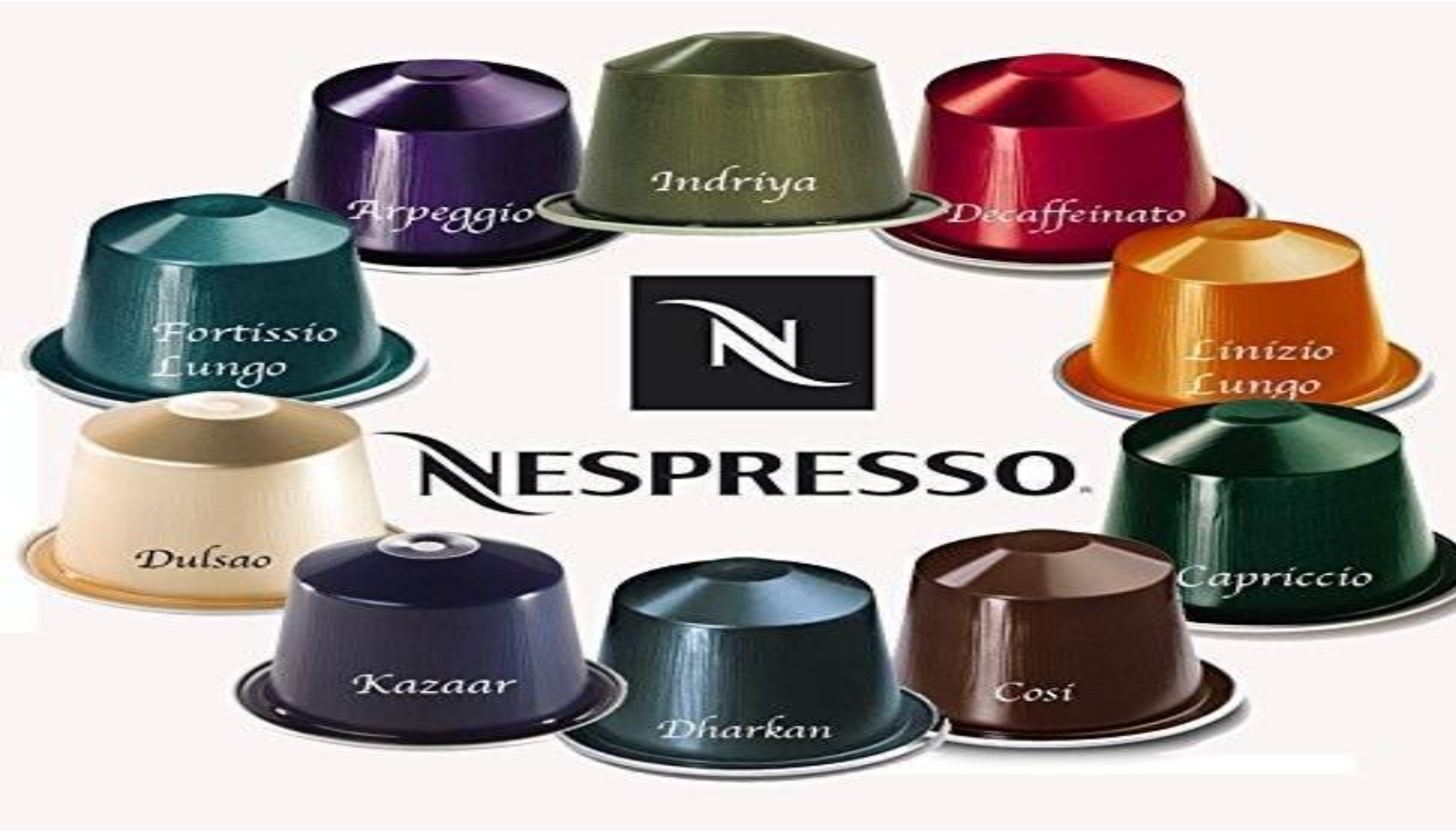 The Swiss Federal Supreme Court confirms cancellation of the shape mark for Nespresso capsules. It was absolutely impossible to register a technically necessary shape, even if it had become established as a trade mark in the market.

The trademark dispute over the well-known Nespresso capsules from Nestlé (Switzerland) has been going on for years, including in Germany. Nestlé had already registered the shape of the Nespresso capsule as a Swiss trade mark in 2000 (number 486 889) and extended this Nespresso trade mark protection internationally (IR trade mark) via the Madrid System of the World Intellectual Property Organization (WIPO), including in EU member states. However, Nestlé was unable to obtain protection as an EU trademark; the EUIPO refused to register the trademark in April 2002 on the grounds that the shape had not acquired distinctive character.

The cancellation request had been filed by Ethical Coffee Company (Switzerland), which developed a biodegradable coffee capsule with a similar shape that is compatible with Nespresso machines. As a result, Nestlé had filed a lawsuit against Ethical Coffee, in Germany – and likewise in Switzerland.

PETKOSKA, DAMJANSKI AND FILIPOV FROM BERIN IN THE GROUP OF AUTHORS OF: "EUROPEAN SPC’S UNRAVELLED – A PRACTITIONER’S GUIDE TO SPC IN EUROPE"

The world-renowned publisher of intellectual property literature Walters Kluver from the Netherlands has published the second edition of the work "European SPCs Unravelled – A Practitioner’s Guide to SPC in Europe", edited by European patent attorneys Oswin Ridderbusch & Dr. Alexa von Uexkuell from Germany. 46 authors from 36 countries have been represented in thесе work prepared for two years, among them three experts from Berin IP Agency (Vancho Damjanski, Irena Petkoska and Gjorgji Filipov). The book was published in August 2021, on 1028 pages, 34 chapters and five annexes with a table of court cases. North Macedonia is in chapter 25 from page 647 to page 661.
Although patent laws in all Member States of the European Union, the European Economic Community, or the signatory countries of the European Patent Convention (38 in number) are in line with EU directives and the European Patent Convention, the procedure for supplementary patent protection in the field of pharmacy varies from country to country. After the practice of issuing Supplementary Patent Certificates was established, the situation began to be clarified and each country created its own procedure for issuing the additional certificate.
The representation of Macedonia in the second edition is a recognition of the attitude of country towards the patents from the pharmaceutical industry, which does not lag behind the European one, as well as the readiness of the Macedonian European Patent Representatives and the State Office of Industrial Property to implement the procedures for granting and maintaining the Supplementary Patent Protection (SPC) through the issuance of additional patent certificates.

·       Applicants can request for both patent term extensions (PTE) and patent term adjustments (PTA) for any patent application granted on or after June 1, 2021. The requests for PTA and PTE must be filed within 3 months of grant of patent or of drug marketing approval from the National Medical Products Administration (NMPA), respectively. CNIPA will examine the requests once the implementation rules are released.

The 90th meeting of the Council of the European Patent Institute (EPI) took place on 8 May 2021 by video conference, which was attended by a total of 160 members, including three representatives from MK: prof. Dr. Gjorgji Filipov, B.Sc. eng. Bogoljub Ilievski (as permanent members and Marija Kjoseska, M.Sc., as a substitute member of the Council).

During the meeting, the members of the Council elected a new Secretary General, Ms. Olga SIRAKOVA (BG), in place of Mr. Cornelis Mulder (NL), resigned in January 2021.

Council members also elected members of Committees for which there where vacancies. The updated list of Committee members will be soon available on the epi website (https://patentepi.org/en/epi-bodies).

Amongst the topics discussed, the EQE discussion paper prepared by the Professional Education Committee was presented to Council members and triggered many comments and suggestions.

In 1440 Johannes Gutenber from Germany found the printing machine. That event was a spark that ignited the fire of interest in protecting the rights of inventors and authors in general. In 1469 the government of Venice gave the exclusive right to John of Speyer, the first printer, to be the only one allowed to "print letters". Shortly afterwards, in 1474, the Venetian Law was enacted, which is considered to be the first systematic approach to the protection of an invention in the form of a patent, giving the inventor the exclusive right to dispose of the benefits of its use. The English monopoly law from 1624 was the first law that provided a monopoly on an invention with a limited duration. In 1710 in the United Kingdom, the Anne Act was passed, extending the right to print books to the authors  not just to the printers. The words invention and patent first appeared in a constitution in 1788. Namely, the US Constitution of that year speaks of inventions and exclusive rights for creators. It was translated into the first Patent Law in 1790. Immediately afterwards, as a result of the French bourgeois revolution, in France in 1791 the first patent law was passed. In 1877 Germany adopted the first patent law which precisely defined the conditions for granting a patent.

The refusal of many inventors to attend the first World Exhibition of Inventions in Vienna in 1873, due to the lack of an international system of protection of inventions, initiated the signing of the Paris Convention for the Protection of Industrial Property (1883). It was signed by only 12 countries including the young Kingdom of Serbia. The convention guaranteed  the same rights to the patent owners in all territories that they'd wished to be protected. Industrial property means the ownership of patent rights, trademarks, industrial designs and geographical names. For similar reasons, to guarantee copyrights in different countries, three years later, in 1886 the Berne Convention for Protection of Literary and Artistic Works was concluded. These include works in the field of literature, science, works of painters, performers, phonograms, shows... Works that belong to industrial property and copyright and related works are collectively called intellectual property.

The Paris and Bern Conventions  are the base, and today there are more than fifty international conventions and agreements, which specify protection in accordance with the progress in the scientific, technological and artistic development of mankind. Their administration is most often carried out by the World Intellectual Property Organization (WIPO).